An Open Letter to the Mayor of Houston 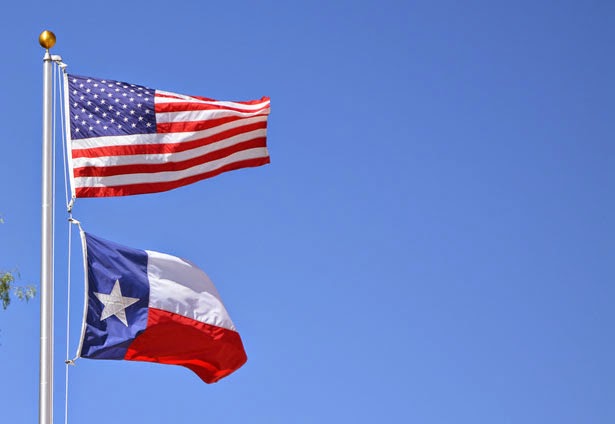 [Note: This letter is written in response to Houston Mayor Annise Parker’s subpoena, demanding that a group of pastors in the city turn over any documents they have relating to homosexuality, gender identity, or the mayor herself. Read the story here. Also, as soon as this letter was ready to publish, we started hearing conflicting reports, some saying that the Mayor had backed down, and others saying that she had not rescinded the subpoenas. We pray that the ugly situation in Houston comes to an appropriate and amicable solution soon.]

I am not one of your constituents. I have lived most of my life in Oklahoma, and we are—with a few exceptions like you would find anywhere—remarkably tolerant of each other. We are not necessarily tolerant in the every-idea-is-equally-awesome sense; we are more tolerant in the everybody-has-the-right-to-be-wrong sense. Away from the coasts, and the gargantuan cities, out here in Middle America, we do not feel like we have to affirm every idea or lifestyle in order to be good neighbors. In spite of our differences, we come together and we help each other when we are knocked about by tornadoes, terrorist attacks, or anything else. And gay or straight, white or black, Christian or not, we pick each other up, rebuild, and go on. We disagree, and we debate; but when someone disagrees with us, we do not lose sleep over it, and plot how we can make them either agree or suffer for having failed to do so. We get over it and go on with life.

What is the point of all of this? People with old fashioned common sense, people who live out here in the real world, we understand that you can disagree with someone and it does not mean that you hate them. Disagreement does not equal hate. The fact that some pastors in your city disagree with the prevailing current of political correctness in this country, and spoke out against something the city was doing, does not mean that they hate gays. Nor does it mean that anyone should hate them or suppress their speech.

I have trouble believing that your actions are really about these pastors, or about getting access to their notes, sermons, or personal communications. You are far too intelligent not to know that you are trampling all over the First Amendment—and probably the Fourth as well. If America still bears any resemblance to the Republic that our founders established, I believe that some judge worth the office will laugh this subpoena out of court. I would imagine that you know this as well. And I do not believe that you will care if it is thrown out. You see, I do not believe for an instant that you care whether or not these pastors actually comply with the subpoena or if you ever see a single page of their notes or communications.

I believe that this whole move is about silencing dissent.

Unfortunately, that stands a decent chance of happening, regardless of what happens with the subpoena. I look at events in Houston and cannot help but conclude that these actions were designed to make the named pastors think twice before they say anything about homosexuality, or about your office. Furthermore, as this story spreads, it is entirely possible that pastors and churches all over the country will think twice before speaking out on homosexuality or any other controversial issue that the Bible addresses. It has already been a topic of discussion in some churches here this week—who will be the next church or pastor dragged into court for speaking up? There very well may be a chilling effect on clear Bible teaching in the pulpits of this country out of fear of litigation.

As a Christian and a pastor, I believe and teach that we are to comply with the law (so long as it does not violate God’s law). But this demand for pastors to release their notes is not the law. The Constitution is the law of the land, and any statue or order that violates the Constitution—as I believe this does—is unlawful.

I could never comply with such an unlawful demand, and I hope that the pastors in your city will refuse to comply as well. With all due respect, as long as we are not slandering someone or inciting violence, pastors are not responsible to you or any other government official for what we preach. We are responsible to God, to the Scriptures, and to the dictates of our consciences.

If your office wants so badly to know what is being taught in these churches, the reasonable answer would be to attend the services and find out. If these churches are doing what our faith requires, you should expect to receive a genuinely warm welcome and to hear the Bible taught with clarity, conviction, and compassion. Also, a lot of churches now put their services online. I have messages online dealing with the subjects you are asking about (here and here), not only calling homosexuality a sin as the Bible does, but also demanding that Christians treat homosexuals with love and kindness just like we are supposed to treat anyone else. If I could figure out how to put sermon audio online, I am sure that someone in Houston has figured it out too. You might try that.

Admittedly, we Christians need to do a much better job in demonstrating love to homosexuals, but we cannot, must not, and (I pray) will not cease preaching what the Bible says about sin—theirs and ours. So, here is what I propose. Prove that you are not merely trying to silence dissent. Drop the subpoena. If you want to know what they are teaching, attend services, listen online, or ask them. (Believe me, most pastors are more than happy to let people know what they are teaching!)

If after all of that, you are still curious, I invite you to get in touch with me and come up to visit us in Oklahoma. You are welcome to come to my church at any time. We will study God’s Word, have lunch together, and our people will love you like one of our own.

Any cookies that may not be particularly necessary for the website to function and is used specifically to collect user personal data via analytics, ads, other embedded contents are termed as non-necessary cookies. It is mandatory to procure user consent prior to running these cookies on your website.